On several training courses at work, the subject/discussion of the use of the word 'Brainstorming' has come up http://en.wikipedia.org/wiki/Brainstorming and its use as it may be offense to people with Epilepsy.

Basically this has been in use since the 1930's and to be honest, until these training courses, it never crossed my mind, even for a second that this might have in anyway anything to do with seisures.

So, what did I do? Well what I normally do and that is ask someone who might know. This is a direct quote from the Email I received from Epilepsy Action - www.epilepsy.org.uk:

"We are often asked about the word 'brainstorming' and whether its use is acceptable. Our view is that it depends upon the context: if the word is being used to describe a meeting where participants are suggesting ideas, then its use is not offensive to people with epilepsy. However, it should not be used to describe a seizure or the electrical activity within the brain during a seizure."

Posted by Matt Rowley at 9:54 PM No comments:

If anyone has ever been spinning, you will know how tired I am. This is the first class I have been to since 2001 when I used to do it in Ripley (When I worked for the Derbyshire Constabulary).

I haven't quite worked out whether joining the gym was a good thing or not..... 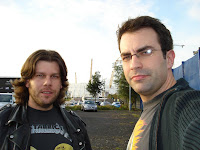 For those of you that don't know, I am a huge Metallica fan. Also, for those of you don't know, Metallica released a new album called 'Death Magnetic' on 12th September. Being the first release for 5 years, I was pretty excited anyway, but I also managed to get tickets to the launch party that was being held at the o2 arena (That only cost £5 each!!).

So me and Rich, along with 20,000 hardcore Metallica fans went to celebrate... 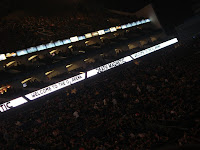 The o2 arena is actually pretty impressive, if you've don't know anything about it - it was the Millenium Dome, a much better use of it me thinks. 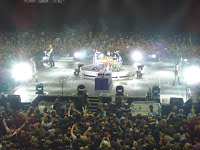 The stage that was used was a central stage i.e. they were surrounded by fans! - 4 front rows. 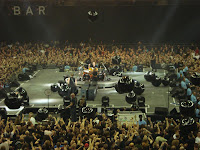 After over 2 hours of music (and 5 songs from the new album) the crowd get covered in cheezy inflatables with Metallica printed on them. Very Iron Maiden :-) 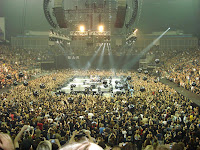 This was one awesome gig, leaving me a little over excited and 3 hours sleep before work the next day.

Interestingly enough... they didn't play Enter Sandman or Nothing Else Matters (Hardcore Metallica fans would not be bothered by this as they have seen/heard it a million times - although I think a girl behind us was upset about it)

So, if you don't have the new album, go and buy it www.metallica.com
Posted by Matt Rowley at 6:37 PM 2 comments:

Sorry for the lack of posts in the recent present, but I have been too busy doing stuff to post stuff. So this is only a quick one to say I am still here and will be posting again soon...

...Metallica has been distracting me.
Posted by Matt Rowley at 11:43 PM 1 comment: