I've been to a lot of gigs lately, so I thought I would tell you about some of them...

Queen and Paul Rodgers; Got the tickets for a bargain price of zero pounds. Cheap at half the price. Gig was pretty good, with an especially interesting way of getting the drum kit on the end of a 50 foot ego ramp while it was being played - all good.

Feeder: This one was at the Academy in Birmingham - this was a very strange gig. Okay, the desk breaks down three times during the gig and what would you expect from a professional band that have been going for 15 years? You've guessed it, the didn't have a clue. The funniest thing was the fact that the PA and on stage amps were actually working, basically their in-ear monitoring was knackered. They basically stood on stage and then left... without their songs they had nothing. The drummer eventually had a bit of a go at entertaining the crowd but with the rest of the band hanging around as though they were waiting for a bus it was laughable. The fact that they were so useless was actually entertaining in itself. 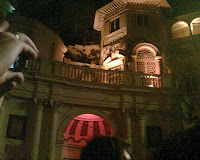 Alterbridge; This gig was down at Brixton Academy, and was my first time there. It was an amazing gig and an amazing venue. 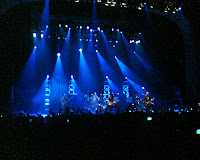